Tour of the City

Last night we ate dinner at Maly Buddha which was this very soothing Asian cuisine restaurant. Everyone was absurdly tired after the tour especially because most of them had toured museums for their morning Arts and Architecture class. The food was fantastic, but I was starving so I think most anything would have seemed good at that point. After dinner we just relaxed and made plans for the beer festival that we are going to today. Everyone was tired so it was an early night. Below are some pictures from the tour! 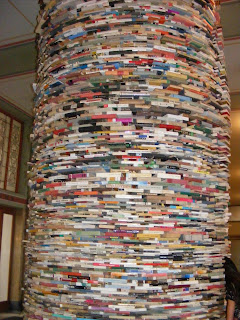 A huge stack of books with an amusingly high percentage of Danielle Steele. 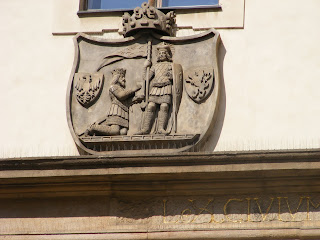 Huge beautiful clock in the square. Every hour there's a mini show--kind of like a toned down version of the Munich glockenspiel. 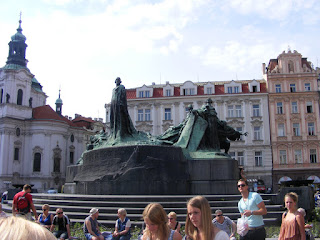 Statue in the middle of the square of Jan Hus who was persecuted as a heretic when he tried to reform the church, but was supported by many Czech people. 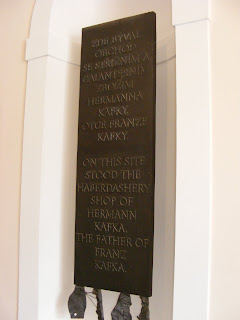 Sign showing that this was the place of Kafka's father's shop. 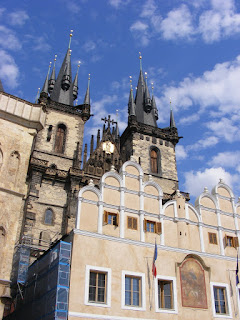 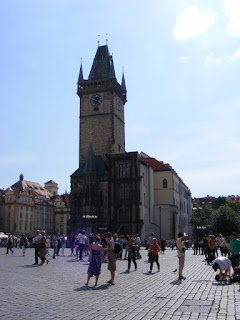 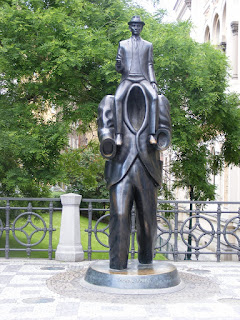 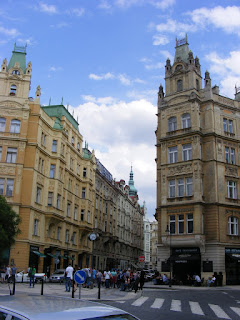 I have a million pictures like this because I just think every street is so beautiful. The architecture is amazing. 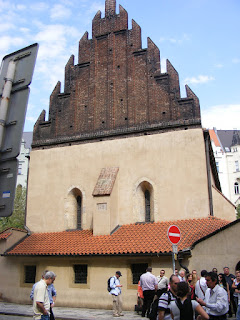 The Old New Synagogue which is Europe's oldest active synagogue. 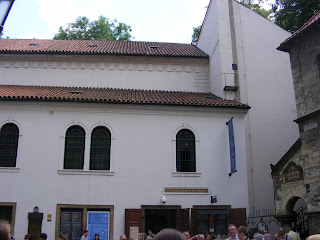 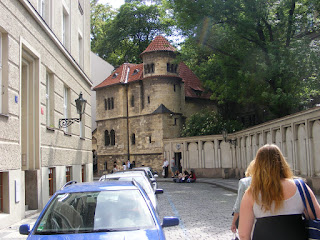 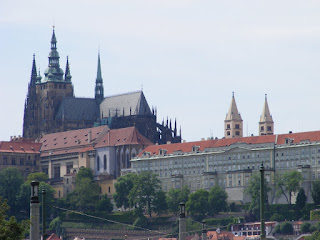 Another picture of the beautiful castle we live behind. 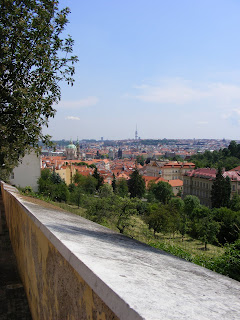 The view on my walk to school!!
Now we are off to the beer festival.
Na Shledanou! -Sarah
Posted by Sarah at 1:47 AM